All of Life is a Stage

A windy stage, but a stage none the less!  Parker, Sinatra, Kona, and Miss Birthday Girl were all very excited to play dress up today.  Well... they were excited for the treats.  Skye got so excited she went a little nutty and tried to eat the backdrop for our circus pictures.  But, since the wind was a little too much today, we had to scratch the backdrop anyway.  But enough chit-chat- here they are! 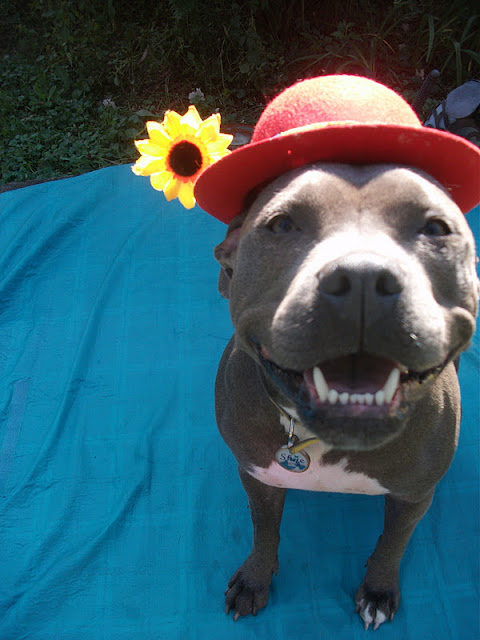 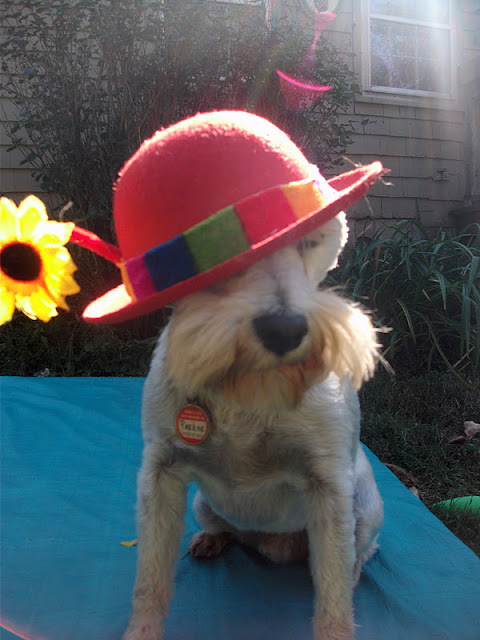 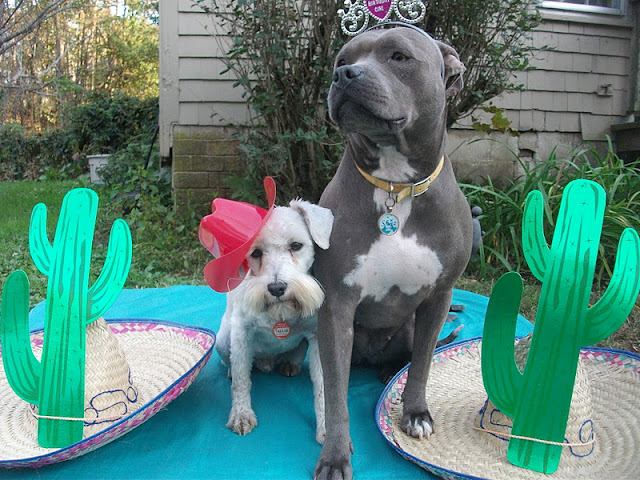 We had a few other costume changes in mind, but I think I'll save them for another day.  What's that you say?  You can't get enough of dressed up dogs?

Go check out our pals at Yuki and Rocket's blog to see their fancy birthday costumes...

Or our other furiends Koira and Pallo (and Boomer too) with some hilarious animal costumes.

Thanks for joining in the fun with us guys!  I'll post some more pictures of Skye's cake and her other birthday adventures later on.  Something tells me Skye is all partied out at the moment, and is making a birthday wish for a nice looong nap. 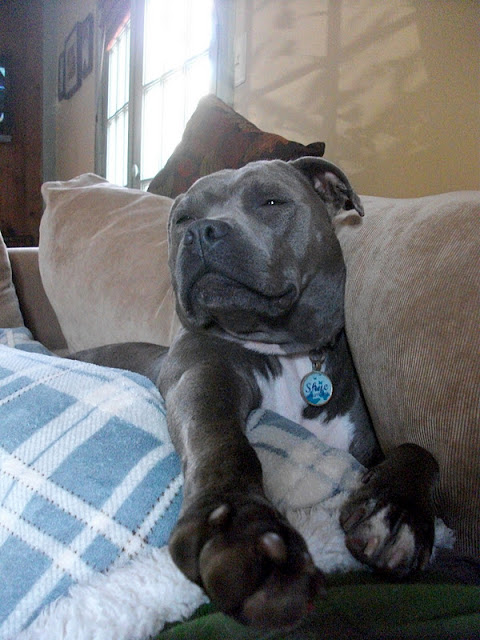 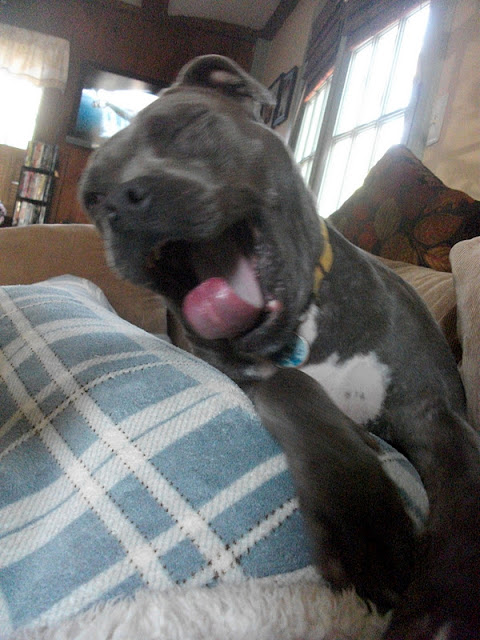 Her wish is my command... at least for today!
Posted by Of Pit Bulls and Patience at 5:50 PM 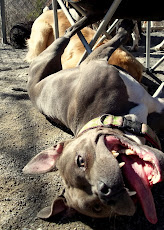 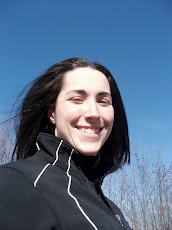